Lately, I’ve been ruminating on the idea of success. What it means to people, what it means to myself, and why it means what it means in our lives. Success is obviously defined differently to every person, and the path to attaining it will always be different from what we have been conditioned to believe. I never liked that success became a measure of your worth in life. I understand that financial security is everyone’s dream, but to be successful can also have its downsides. You hear about the people with so much money who live miserable lives, wondering when they will ever be loved for who they truly are instead of the amount of money they have. Even if they are “successful” by society’s standards, success is both blissful to have and frightening to keep. Some people are ruined by their ideals of attaining what “success” means to others.

I have always believed that the amount of money you have should never determine how much of your dream can be achieved. I never grew up wealthy, in fact, my family was considered poor by society’s standards. I hated being poor. I hated that all my friends had new clothes while I had second hand clothes bought from thrift stores. I hated that my classmates had all the nicest and newest school supplies and technology. I was embarrassed to come back to school from summer vacation because I always had the same look, same supplies, same stuff while all the pretty girls had wonderful things. For years, I envied these kids and I’m positive that the need to want to “fit in” with the crowd influenced my behavior when I left for college.

In college, no one knew me. I could be anything and anyone I wanted to be. I could craft a background that no one could validate and make up stories on the spot because I was so used to living in my head so much during my childhood. If anyone bullied me or spread nasty rumors about me, I would disappear into my mind and live out my imaginations alone. This of course, was unhealthy, and I eventually began to believe that what people were saying about me was true. I allowed it to define me, which in turn, grew the self-destructive patterns I experienced during high school and my freshman year of college.

But when I left, I knew I could start over again. I thought, “I can make my own path to success. I can prove everyone who has ever doubted me or called me names and spread nasty rumors about me wrong.” I was hungry for the retaliation by way of showing them my progress in life. I felt that leaving the environment I grew up in was the first step in manifesting the success I wanted to become. For awhile, I led a life that was filled with indulgence. I made it known that I connected and befriended rich-folk and started to dress like them, too. I thought, “I navigated my way into a network that very few 21 year olds get to do, why not take what I can?”

It had its advantages and disadvantages. I got to see and understand what success meant to these people and how they achieved it. Some were very humble and showed no excessive tastes and others were more obvious and pompous about their success. I remember asking one guy what he thought success was. His answer? “Having a few lambourghini’s and a maid to clean my house.” Some were little-minded and materialistic like that. I didn’t know where I fit in that crowd because I was still a college student. The disadvantages of having been a part of this crowd for a moment, was that you inherited the idea that you were better than anyone else, whether or not you wanted to inherit it. It was an elite-mentality that I wasn’t comfortable parading around. I didn’t like feeling like I was better than anyone else. No matter how much they bragged about being humble, success to them was an exclusive thing that only belonged to the elite. 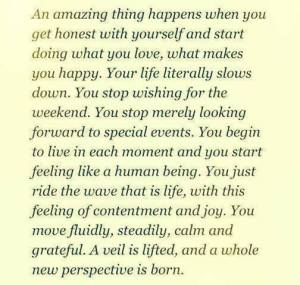 I left this crowd when I began to realize that the success they were after wasn’t a kind of success that brought them spiritual happiness or love. They were after the instant gratifications of the material world and having the next best thing when it came to romantic relationships. I am grateful for having made a few real friends from that circle, but I am more grateful for having learned that success, by society’s standards, is not always the most healthy for our well-being. Money is both good and evil, but it can only be those things by the choices you make and attitude you have towards it. After my disappearance from that crowd, I began to minimize the possessions that I had, selling everything I thought would not push my dreams forward. I kept the money to invest in experiences. I wanted to see how happy other people could be in different worlds where wealth and abundance are scarce.

When you start letting go of the ideals that society conditions on you, you begin to realize how important it is to start listening to the soul that’s been given a life through YOU.

And if you don’t know what you want, you get out there and put yourself in environments that interest you and make you curious about the world, how people are, what happiness looks like in different places, and how you can create your own definition of success. I want to get rid of the word success and replace it with progress. Success feels so definite. Like the one final moment we are meant to achieve. Progress, on the other hand, allows us the room and freedom to continuously go after the better versions of ourselves. Instead of placing so much doubt on what our talents are because we aren’t “there yet”, why don’t we take on the idea that any progress made is the best kind of effort any one can do for themselves and others.

The world needs more people who just progress with honesty, in their journey. What we need more of are people who never become comfortable with the norms we have been conditioned to live with. History is changing and the world we live in today is much different than the times our parents and grandparents lived in. Success shouldn’t be your goal. Progress should.

You didn’t come here to master success. You came here to become your soul’s work in progress.

Understand that, to limit yourselves to a path that was ideal decades ago is not sustainable or acceptable to your highest selves now. We are fortunate that we live in a time where almost everything is accessible to us. Progress is no longer a barrier. The only barrier to that is the choice you make in choosing a life that either conforms to the way success has been achieved before or live in such a way that is radical and unique in your creation. I am truly convinced that the people who inspire and are influential are the ones who realize they can create and manifest their dreams into reality, in their own way.

They may not be liked and people will probably spread awful, hateful, and doubtful speech about these progressive individuals, but these are the people you should take note of. You want to thrive and progress around people–and family for that matter–who believe that happiness and success are not limited to the ways it has been lived and defined before. And if you find yourself around people who don’t support you in your effort in progress, leave them in kindness and hope that they understand that living this one life we have, means allowing the grace of change and evolution to happen in your love, perspective, spirituality, needs and wants, intellect, well-being, and the gift and talents that are uniquely bestowed in you.

I am learning how to be comfortable with my own progress in this life. Sometimes I think that my struggles and darkness are what I need to experience to be grateful for the grace of love and kindness, but I am realizing now that any progress made, can bring good things to you, with very little pain or suffering involved. And then at some point you realize, that maybe the real feeling and definition of success is simply being appreciated, acknowledged, and loved for all the messy, beautiful effort and progress you continue to make, to be and become the person you know that is true to your heart.

Life, only asks that you realize your worth and make the progress, however small or large they are, towards that better version of you. Onwards in my journey and yours.